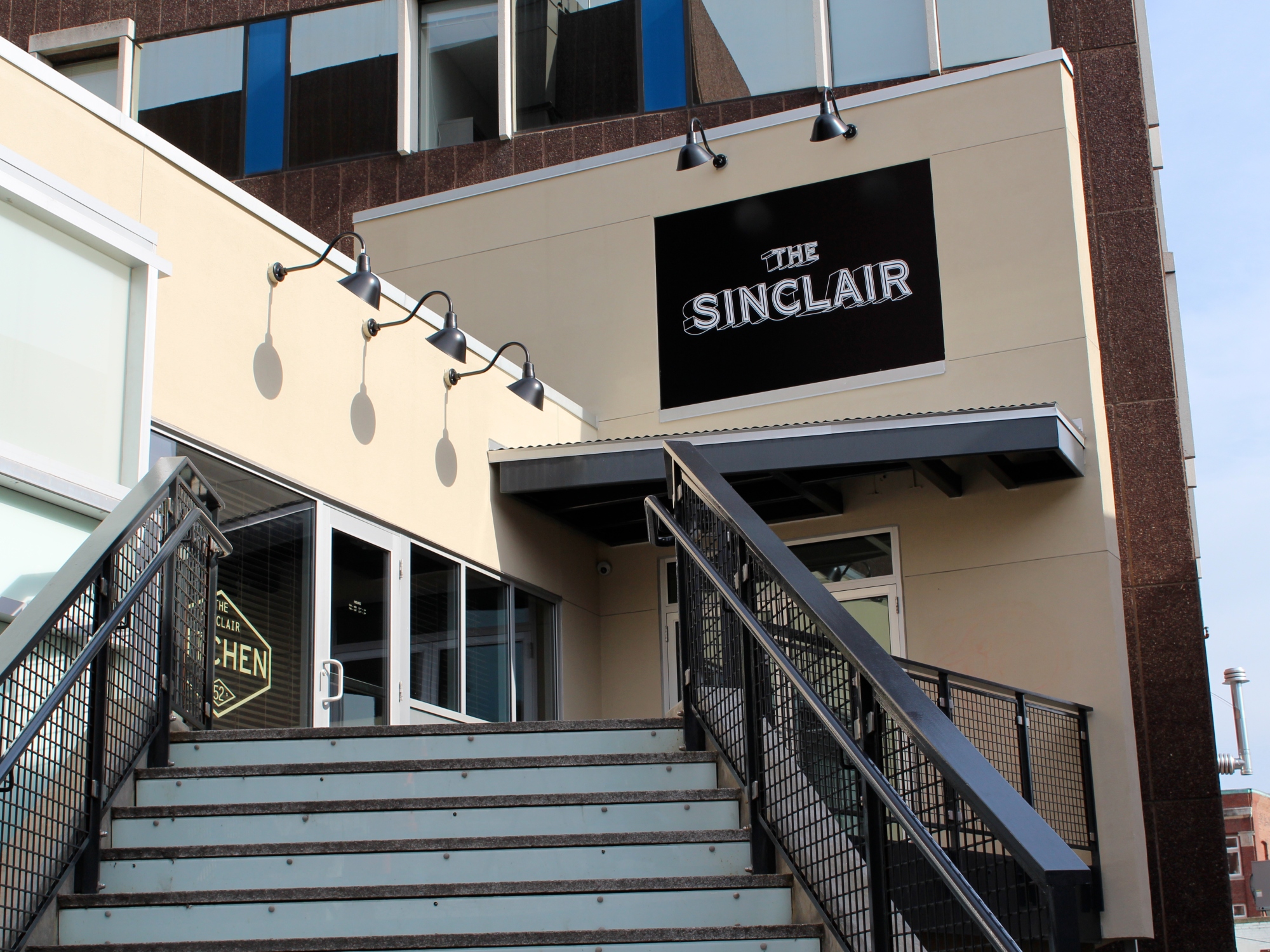 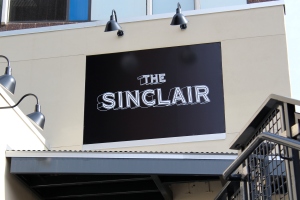 When The Sinclair first opened up in Harvard Square on September 4th, 2012 I thought to myself, “Wow! A venue in Harvard for concerts, I gotta look into that”.  But when I heard in January 2013 that The Sinclair ADDED on an American Kitchen I thought to myself, “When can I get there?!”  Finally I did.  Searching for atmosphere and potential good eats I wound up at The Sinclair by chance on Patriots Day or Marathon Monday as Boston residents like myself refer to the day.  With such despair created in Boston I thought Cambridge would be the right place to lift my spirits a bit and full my tummy.

Michael Schlow is the one of the chef’s behind this operation.  Relocating here in ’95 from NYC he’s owned an operated several restaurants: Radius, Alta Strada (2 locations), Via Matta, Happy’s Bar and Kitchen [R.I.P] and Barrio Cantina which took place of Happy’s.  It’s awesome that Boston has such a well-acclaimed chef, winning the James Beard award for the Best Chef in the Northeast.  Head chef in this location is Chef de Cuisine Marcellus Coleman from Manhattan.  Recently the winner of the Food Network’s “Chopped” Marcellus adds to the, “eclectic menu” as site states by bring tasty small, big, and sharable bites to the city. 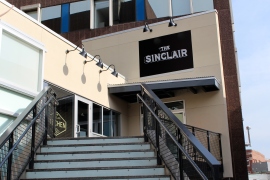 Before even stepping in I was amused by the sidewalk chalkboard’s “dranks all night” line which I thought was a friendly invite in (I only stayed til 6PM).  Taking a seat at the bar, I had the pleasure of meeting Ron, a bartender who’s been with The Sinclair since the beginning. 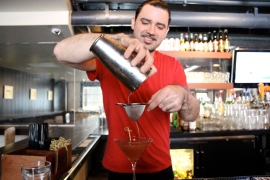 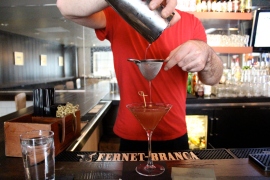 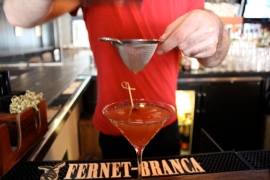 Ron makes a good thirst quenching drink.   Cocktails range from $9 to $12, beers vary from $5 to $20 (that’s A LOT of beer!) and wine ranges from $7 to $12 by the glass.  Want something stronger?  Lucky you, there’s a full bar with top shelf and regular brands.  There’s even an after dinner drink list too! 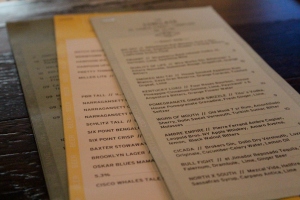 I tired out their Jack Rose cocktail made up of Laird’s Applejack, house grenadine, and lime.  Can you say “bomb dot com?”  The chemistry was well balanced between the jack and the grenadine so it wasn’t too sweet like a  “girly drink” but wasn’t strong enough to put “hair on your chest”. 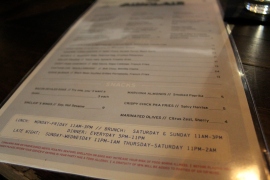 My starter was Deviled eggs with mushroom truffle and bacon.  For dinner I got the Sinclair Burger with basil aioli, MC’s secret sauce, watercress and french fries.  Because of my timing I grabbed the deviled eggs off the mid day bites menu served from 3pm-5pm since dinner doesn’t start until 5pm.  Small plates are between $7 and $13, while entrée’s are $13 to $25.  Mid bites are between $9 and $13, while dinner snacks are between $4 and $8.  I love the range of options. When I return I MUST try their pastrami’d pork belly sliders! 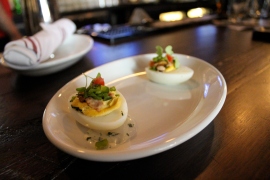 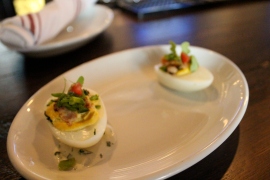 After my first bite of my eggs I thought, “why doesn’t Everyone make deviled eggs like this?”  I’m a firm believer bacon can make a dish better and THIS is a perfect example.  With a surprise of a creamy layer under each egg this was a nice mouth popper before the main course.

Chef Fun!On to my burger.  Cooked well, the aioli spread and secret sauce made this burger come alive, separating it from just an ordinary meat patty.  Watercress was the classier choice over boring lettuce and I agree with the decision.  My fries were good with a nice crisp in most of my bites and the presentation overall won me over before eating anything. 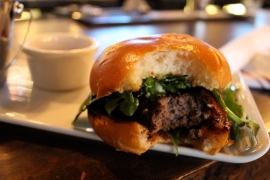 Although dimly light by the bar, natural sunlight brought life into the downstairs and upstairs dinning space.  I liked the separation of spaces; while downstairs had more of a cafeteria style seating arrangement upstairs retained a fine dining vibe which is great how both are housed under one roof.  The décor is contemporary yet simple so you can either dress up or down in this gastropub and not feel out of place. 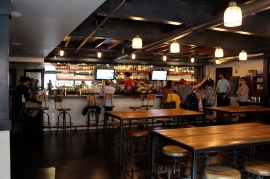 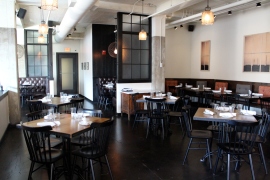 As the tone was set for Boston, The Sinclair managed to remain in higher spirits.  TV’s where conveying the news, but diners and drinkers at The Sinclair were able to create a separation of inside the bar and the world outside.  I thought it was interesting when Ron apologized for the bar being not as full at that hour since usually it’s busy on the weekends (which is fact!); little did he know that setting at that time on Monday was full enough for me.