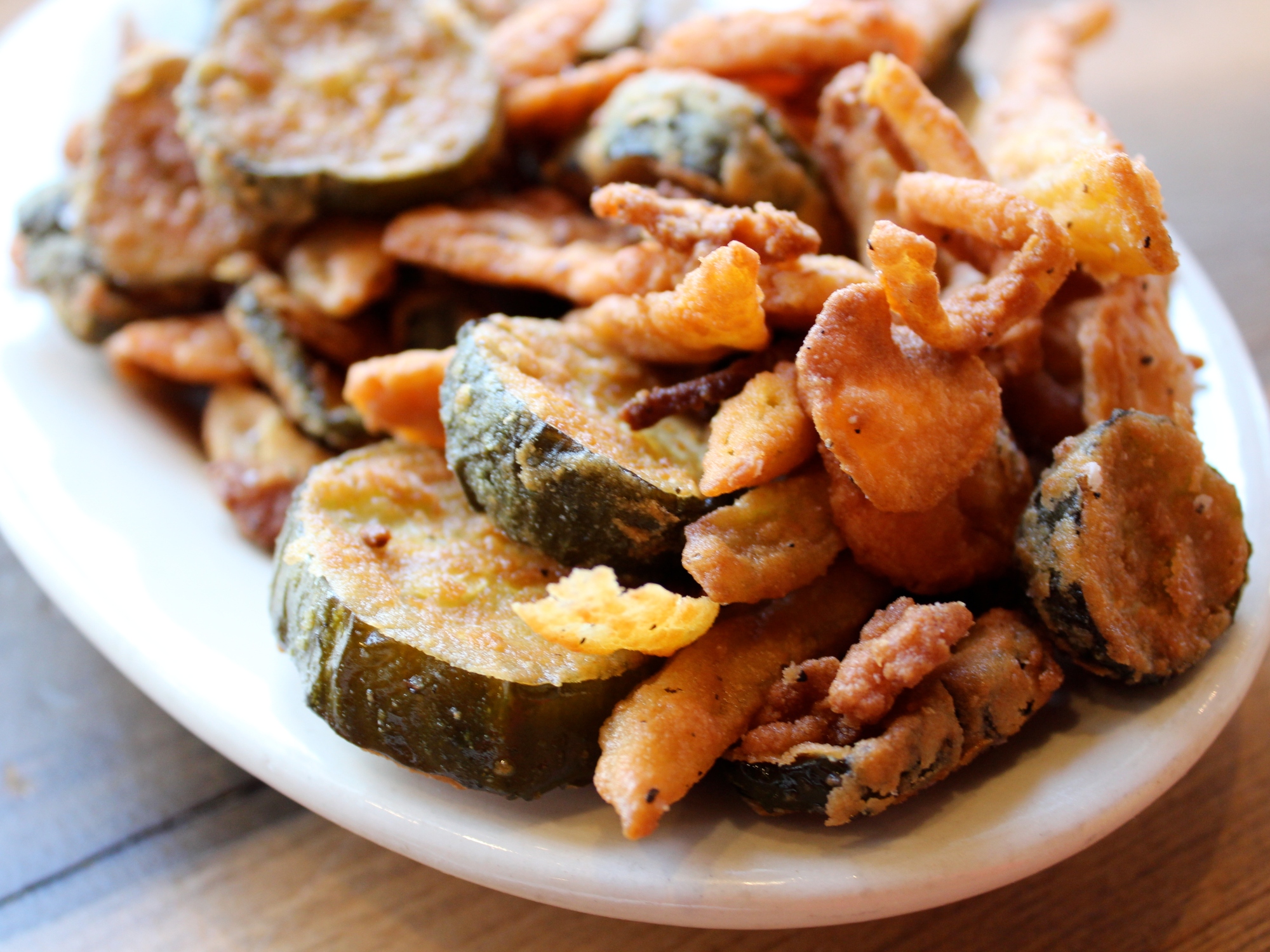 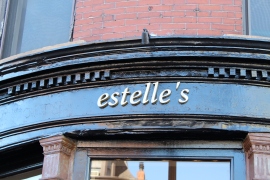 Recently I became a foodie tour guide for a friend who just moved in town; so many perks.  Aside from the exercise (we walk mostly to our destinations) I get to introduce my Podunk friend to foods he’d otherwise never try.  This past Columbus Day when we met I asked the “twenty-dollar” question: what would you like to eat?  As soon as he said, “a burger” I knew exactly where to go.

Opened December 1, 2012 Estelle’s brings the south to the busy and diverse community of Boston’s South End.  Accessible by the T or car this location is actually a block away from another sister restaurant in the Wilcox Hospitality Group, Parish Café.  The Wilcox Hospitality Group, owned by Brian Poe, has a total of four restaurants including Estelle’s {Parish Café, Poe’s Kitchen at the Rattlesnake, and The Tip Tap Room (Love it there!)}.

The first thing my friend and I noticed on arrival after we complimented on the chill environment, perfect accent wall, and modern appeal was the beer menu.  Prices are SOOO college student friendly (although that was some years ago for me).  You can choose between half pints for no more than $4 and pints for no more than $8.  There’s even a Mug Club where you drink 130 beers in 180 days.   That’s a lot of barley.  Speaking of barley I tried a Tainted Love Cocktail consisting of Lavender Mead (Wine made from barley), Housemaid Lemon-Lime Aid and Rosemary.  This drink screamed SUMMER!  I can’t wait to actually visit in the summer and have one.  So sweet and tangy yet refreshing!

I ordered Estelle’s House Beef Burger made of 100% beef with American Cheese, Onion, and B n’ B (Bread n’ Butter) Pickles for my main, but started off with their Buttermilk Fried Pickles.  Oh yes, I did. 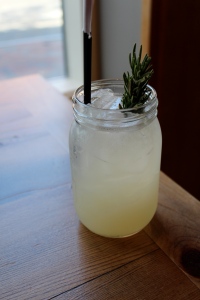 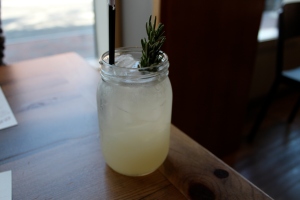 Lunch at Estelle’s gives you that Southern vibe in the Northern hemisphere.  Executive Chef Eric Gburski brings dishes like Cajun Cornmeal Crusted Catfish just an example! Sounds so good!  I’ve had his kangaroo at Tip Tap last year and was very impressed. The menu is full of comfort meals and “Southern Pride” favorites keeping options playful and familiar.   Prices range for $3.95 to $19.95.

As we listened to nostalgic alternative music our pickles arrived!  These pickles were FANTASIC!  Best Fried Pickles in Boston HANDS DOWN!!!  Why?  Let me tell you: you’re served a pickled plate containing 3 types of pickles.  I don’t know the names of each type however I know they were tasty.  My Favorite of the three was the thick JUICY one.  It was SO sweet! 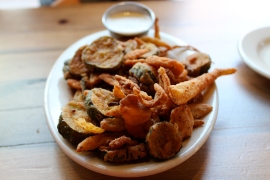 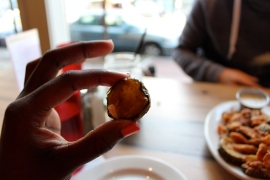 Out next was my burger.  This little burger packed much flavor and was served with sauces.  I forgot to ask for the exact name of the sauces was BUT I recommend with Mild one for spice AND added flavor to your burger.  My fries were a nice potato stick cut.  I was surprised how full I was after my meal and HAPPY.  I was also borderline comatose which I didn’t mind at all (lol). 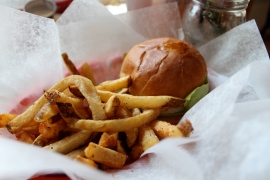 I MUST RETURN for brunch and try their Stuffed French Toast “Elvis Style”!!! Peanut Butter & Banana fried CRISPY with Peach Caramel & a Fruit cup.  The King of Rock n’ Roll would be Proud!

Keep me wanting the South Estelle’s.  You’ve got this Boston girl HOOKED!