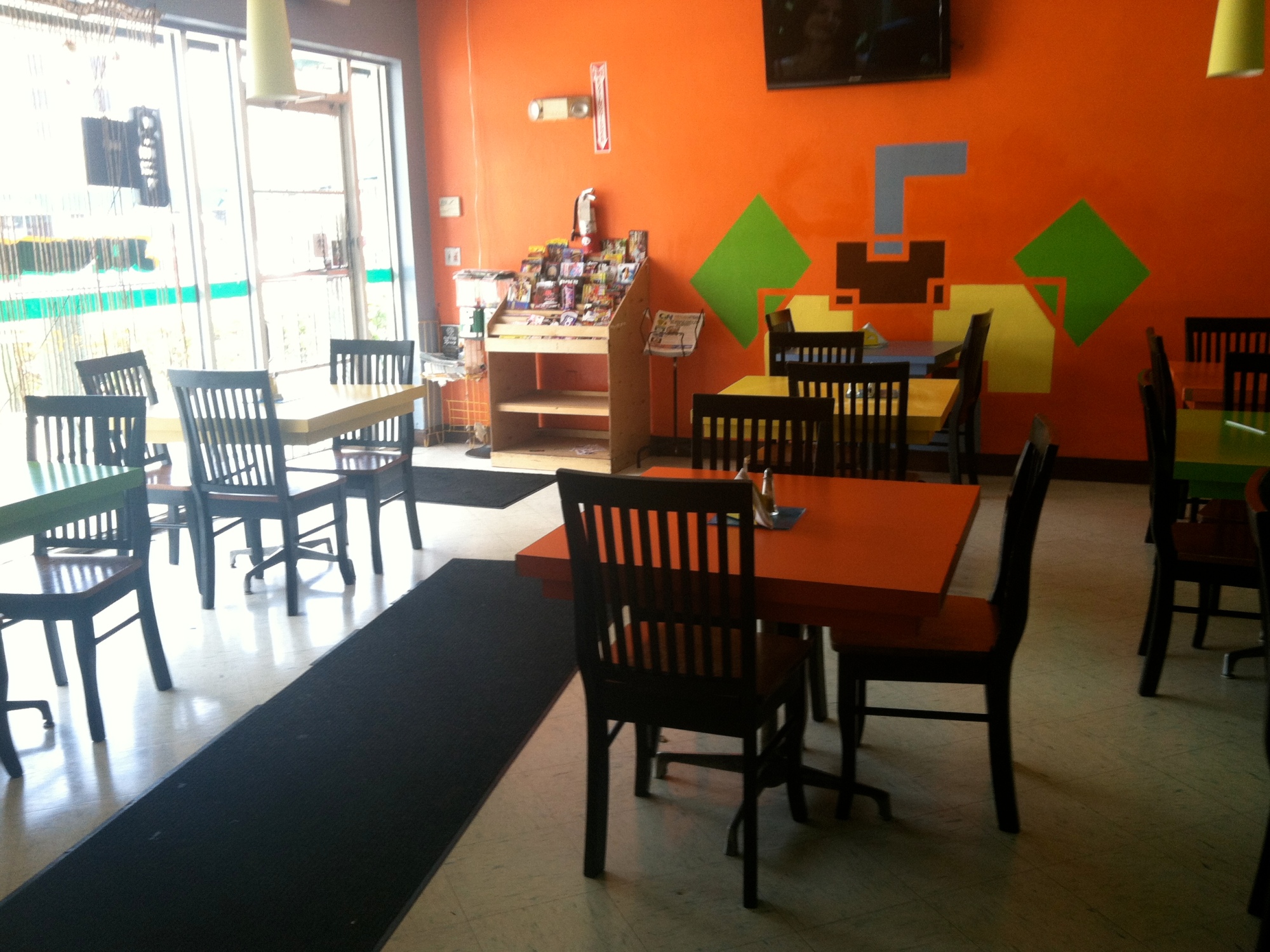 I’m one of those consumers who when they see something on TV they have to try it.  For instance, if a restaurant is featured in a film, I want to try it out.  I mean, what made this place mentionable?  That’s what brought me visit Junie’s Caribbean Cuisine in Miami Gardens.

Featured in one of Jamaica’s well-known movies from 2002, “Shottas” Junie’s has a variety of Breakfast, Lunch, and Dinner 7 days a week. Opened Monday thru Thursday 9am to 8pm, Friday & Saturday from 9am to 9pm and Sunday from 10am to 6pm customers can call ahead with their order.  Everyday there’s a different special, for instance there’s Soul Food Friday, where the specials of the day are, “BBQ Chicken & BBQ Ribs, Macaroni & Cheese, Chicken Soup, Potato Salad, Jerk Chicken, and Stew Peas (red kidney beans boiled out in water with seasoning added)”.  I like the idea that they have this variety of food, considering a lot of people wouldn’t think of a Jamaican restaurant carrying soul food. 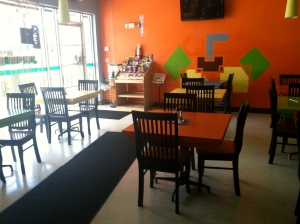 Their daily menu consists of Oxtail, Curry Goat, Brown Stew Fish, and Brown Stew Chicken.  I would recommend calling ahead if one wanted something more specific (like Jerk Chicken) but to me, the idea of having oxtail, brown stew chicken and curry goat available at ALL TIMES is AMAZING!  Coming from a Jamaican family I must say those are party staples. Worried about price?  Typically around $12 can get you medium plate of food consisting of meat, rice and vegetables. 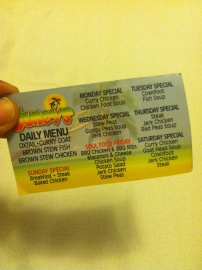 I stopped by on a Tuesday where the specials were cowfoot and fish soup.  For whatever reason I skipped the fish soup and tried their Banana Porridge, which was written on the board for the day.

First PLUS about this porridge was the size.  It came in a 20oz cup.  That’s pretty big and cost only $3.50!  The consistency was great; no large lumps!  This lightly sweetened, typical breakfast entrée was a good filler upper without needing to chew.  I know that sounds lazy but it’s so true!

When I return to Florida I hope I can visit on a Saturday where one of the specials is Goat Head Soup!  Don’t knock it til you try it!

Although Miss June has pasted on, her name will live on in Miami.

One thought on “Original Junie’s Restaurant!”